Medway & Maidstone AC had some excellent results in the Medway 10 km road race on Sunday. In addition to the first man and woman runner, the club also had 5 runners in the first ten finishers and a new course record was set by Jemma Whyman. There were 579 finishers.

Jemma Whyman was the women’s race winner and also claimed the course record in a time of 42.31. Jemma is in good company as the previous record was held by past Medway & Maidstone AC athlete Dani Chattenton. She recently won the 1500m at the Loughborough International meeting and is also the current British Universities 3Km champion. Antel Muller, suffering from an illness all week was 44th in 55.30. 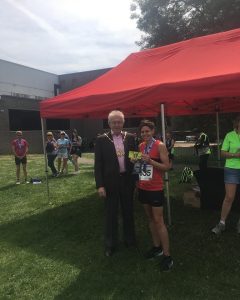 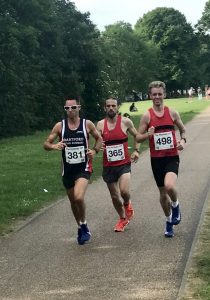