Sunday’s extremely wet weather meant that Sunday’s athletics had to cancelled which was a shame for those that had trained hard. Unfortunately with much of the track flooded along with the throwing circles the decision had to be made to cancel.

In the 150m Evie Cameron and Princess Asemoto both ran well to make the semi-finals with Princess then going on to make the final and just missing out on bronze in 4th place (20.56). In the Javelin Abigail Royden finished in 5th (16.83m) and also contested the 1200m finishing 4th (4:21.33) and Grace O’Connell 6th (4:36.36). Grace along with clubmates Ruby Towler and Megan Currier also competed in the 70mh with Megan making the final and finishing in 8th after clipping the hurdle.

Three M&M athletes excelled in the U15 boys  multi-events. Michael Uzozie (2198) finished with a well earned silver medal with Kai Prendergast (2081) in 4th followed closely by Finn Rodgers (2004) in 5th. 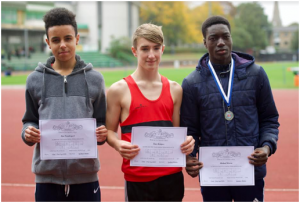 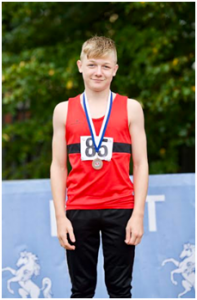