Newly promoted Medway and Maidstone AC men and ladies competed in their first Southern Athletic League Division 1 fixture at Medway Park, Gillingham on Saturday 13th April. Competing against Blackheath & Bromley, Crawley and Southampton they had an excellent start to the season finishing in 2nd place to a strong Blackheath squad.

The 4x100m team finished in 2nd place with the team of Tabe, Hope, Walters and Kuypers in 50.83. In the 4x400m the team finished in 3rd place with the team of Young, Featherstone, Hope and Wastell finishing in 4.08.7. A non scoring team of Rouse, Kasumu, Maunders and Hughes also running well in 4.27.25. The highlight for the 4×4 teams were getting to compete against Bromley & Blackheath superstar, Dena Asher-Smith, taking time out to compete for her club and also letting the athletes take photos afterwards. 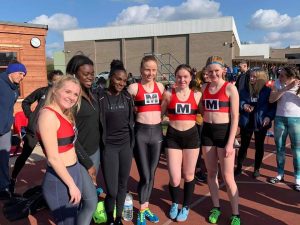 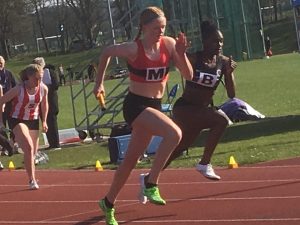 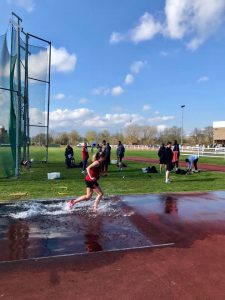