M&M athletes competed in the first Sportshall competition of the season on Sunday 7th October in Tunbridge Wells.  There is now a new format to Sportshall which means each meeting is now part of a league so all these results will contribute to the final results.  There were about 70 PBs on the day between the athletes with many competing at Sportshall for the first time.

The U13 Girls saw Megan Currier 4th after all five events with a second place in the vertical jump. Emily Moyle, Ruby Towler, Evie Cameron and Eleanor Watson all performed well.

The U13 Boys saw Cameron Issac in 7th place after all five events and Jake Foster came second in the vertical jump. Stanley Cook and Oscar Mas also performed well

The U15 Girls saw Annaleise Kerswill in sixth place after all five events, with a second in the vertical jump and third in the shot. Mia Franklin, Amy Jukes and Daisy Spencer all performed well. 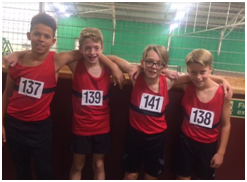 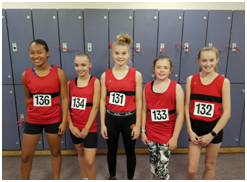 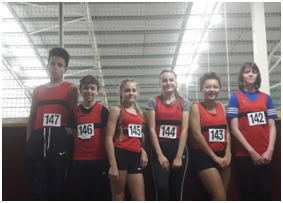