Medway and Maidstone Ladies and Men contested their second Southern Athletic League match at Croydon Arena, South London, on Saturday 19th May. With late withdrawals and unavailable athletes this was always going to be a difficult match but due to all those there rallying around they produced a fine 2nd place in the match to follow up the victory in there first fixture.

The field events saw Sonny Nash 55.19m for 2nd in Javelin. George Blake took a comprehensive victory in the Pole Vault and elder brother Will recording a pb of 9.20m in the Shot. Lewis, George, Rory and Nathan teamed up for 3rd in 4×100 in 44.1s. The 4×400 team of Andrejs, Lewis, Jacques and debut Lorcan Rogers just pipped for victory in a very exciting 4×400 race with a time of 3.35.98.

The next SAL takes place at Medway Park, Gillingham on Saturday 23rd June. 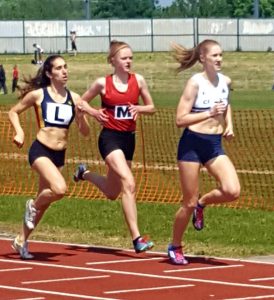 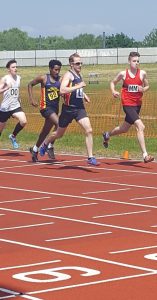 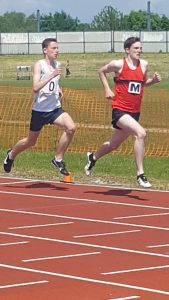